Vista by Chroma-Q Delights Australia on Enchanté: The Songs of Tina Arena Tour

Iconic Australian singer-songwriter, Tina Arena has once again delighted audiences across the country with her recent tour, Enchanté: The Songs of Tina Arena…

The Enchanté Australian tour was one of the first across the country since the start of the Covid-19 pandemic. Therefore, creating an extra special production was forefront of everyone’s mind.

Renowned Lighting Designer and Vista by Chroma-Q® user, Peter Rubie, who had previously worked with Tina on online streaming projects, was given the brief to create something beautiful, exquisite and theatrical that would enhance and help convey the emotion in the music.

Peter explains: “The main challenge was how to still deliver those intimate moments that were achieved the previous year for Tina in the streaming project with the Melbourne Symphony Orchestra, on much bigger arena sized stages. Tina wanted the ability to deliver strong and powerful moments as well as soft and beautiful ones, to match her diverse range of songs.”

Commenting on his lighting design, Peter continues to explain; “I’m a big believer in filling out the vertical negative space with lighting that can grow from the artists performing below it. I have used dropper pipes coming down from the trusses plenty of times before, but using a large quantity of them enabled me to achieve this and sculpt a lot whilst following the curves of the stage design. The overhead trusses were actually fairly light on fixtures for a show of this size, I opted more for pairs and clusters of lights to get that strong and powerful light curtain effect.

“As for the show programming, I chose to use my own Vista by Chroma-Q console. I also occasionally jump between a mix of ETC and MA consoles on other shows which I also own, but for me, Vista 3 is a great designer/programmer console – One which is often overlooked, but in my opinion just as capable as the others! Vista works better alongside my creative brain as I’m not constantly having to convert my intentions for the looks back into numbers and formulas. Vista has changed a lot over the years and has now found a good hybrid of GUI plus syntax operation that makes it cleverly quick to program. For this show I was driving 14 universes of sACN and some further universes of Artnet for control of a media server, which sent content to the video projection panels.

“The physical console setup consists of a single laptop and two USB control surfaces.  The whole user interface is designed to be able to be programmed on a single display with everything you need within one or two windows. Additionally, I quite like that I don’t need hardware connected to output to my choice of visualiser. Vista will output unlimited universes at full framerate, without a license connected, with only a very short blackout of the network output every now and then, which is perfectly acceptable for pre-visualisation. For these reasons I can actually comfortably continue programming / doing notes on the showfile on the plane, in an airport terminal or on the tour bus between cities.  That flexibility and portability means I can produce a more polished showfile in those precious and often wasteful transit times.

“The laptop I use is one with a special easel tablet and has actually been my console computer since 2014, right back from when Vista 2 was in its infancy. I really appreciate that 8 years later I can still run the latest version of Vista 3, without any additional costs to what I paid back then. It runs solid which is a testament to the software developers hard work in maintaining backwards compatibility over the years.”

Peter continues to explain some of Vista’s tools that he made most use of when creating “Enchanté”; “Vista’s visual approach to programming through it’s “Layout view” makes it really clear to see what every fixture is doing at a glance.  Vista was one of the first consoles to really use the layout views in anger and I find it is still easier and quicker to control fixtures, when compared to the other consoles.

“I also have quite a few multi-element LED fixtures in the show. Some Chroma-Q Color Force II 48 act as footlights across the front edge of stage as well as some GLP Impression X4 bars behind the band and finally some Robe Spiders. As soon as I have patched these in Vista they appear as one single fixture with easy to select elements within. There is no further configuration required to make these pixels appear, or to group them together within their master fixture. It’s very fast to be able to select just some, or groups of, the elements, for example when Tina stands downstage centre at the mic, I can just turn on the inside 4 pixels of the Color Force II, which is enough to light her without turning the whole batten on.

“The powerful nature of the effects engine, being user friendly and in easy to understand standard language is a big plus for me too. With the multi-element fixtures mentioned above I can treat my effects as either dealing with the fixture as a whole or break it up into smaller fragments. This makes doing random order effects a breeze, no matter what fixture type and is something that’s actually not possible on other consoles.

“Vista’s “Alias cues” also speed up my programming and let me build a full song cuelist really quickly. An alias cue creates a mirrored reference copy of its source cue, which means, for example, I only have to build my consistent verse and chorus look once and then I can simply drag and drop that cue multiple times in-between the other varied looks. Later, when I make a change to the chorus, all my chorus cues are updated instantly.

“Snapshots” also really help me set the console exactly where I need it to be at the touch of a button. A snapshot in Vista can recall: what cuelists are playing and what cue is currently active, what page the console playbacks are on, what the fader levels are, whether the programmer is cleared at the time of applying, what the configuration of the all windows are, what BMP speed my rate master is at for a particular song, and what my live timing is for new live programmer changes. All of those things are super useful to change either between songs or at the start of a new song. On the Tina tour, the show was fully timecoded, so I even had my incoming timecode trigger the snapshots. On other desks, some of this is possible but I have to spend lots of time writing lengthy macros to do it all. Vista simply records my choice of some, or all, of those parameters at the time I record the snapshot and I love the simplicity and speed in that.”

Finally, Peter concludes; “The tour went really well and the feedback was highly positive. We were incredibly lucky to have this opportunity and to find a small window in the ongoing pandemic where things were really promising in Australia. We certainly all felt very fortunate to be one of very few full Australian groups that managed to get a country wide tour in before some state lockdowns started happening again.” 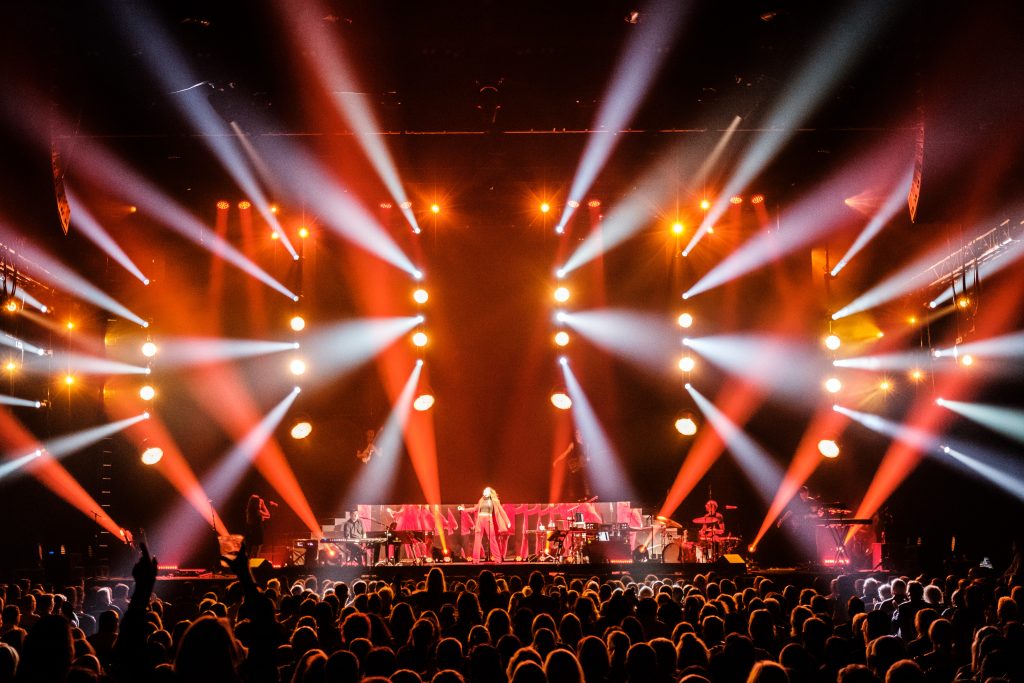 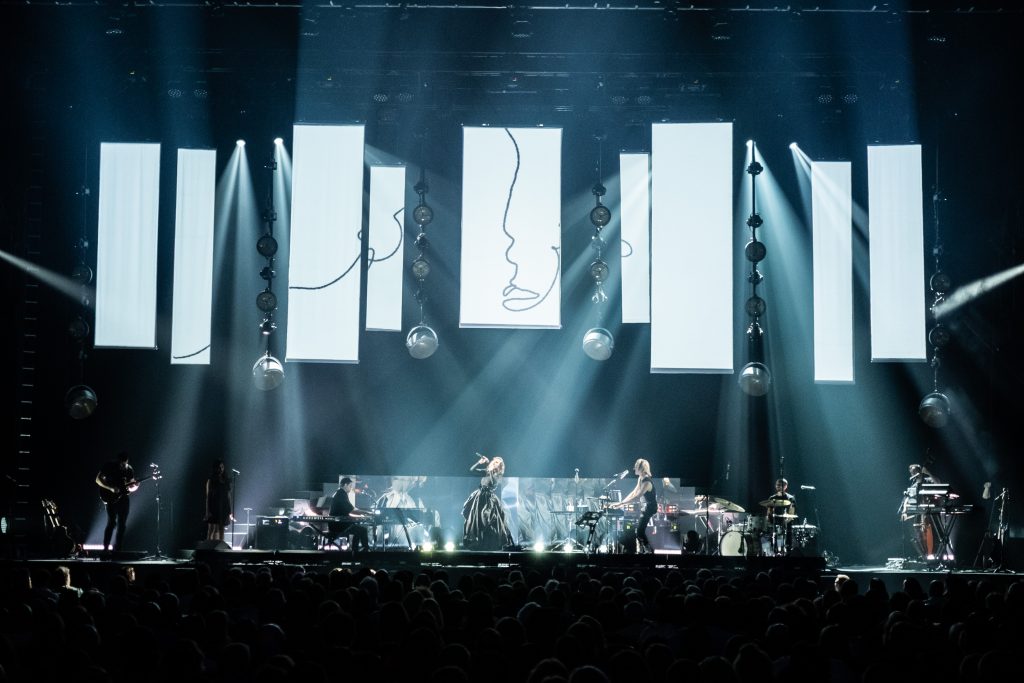 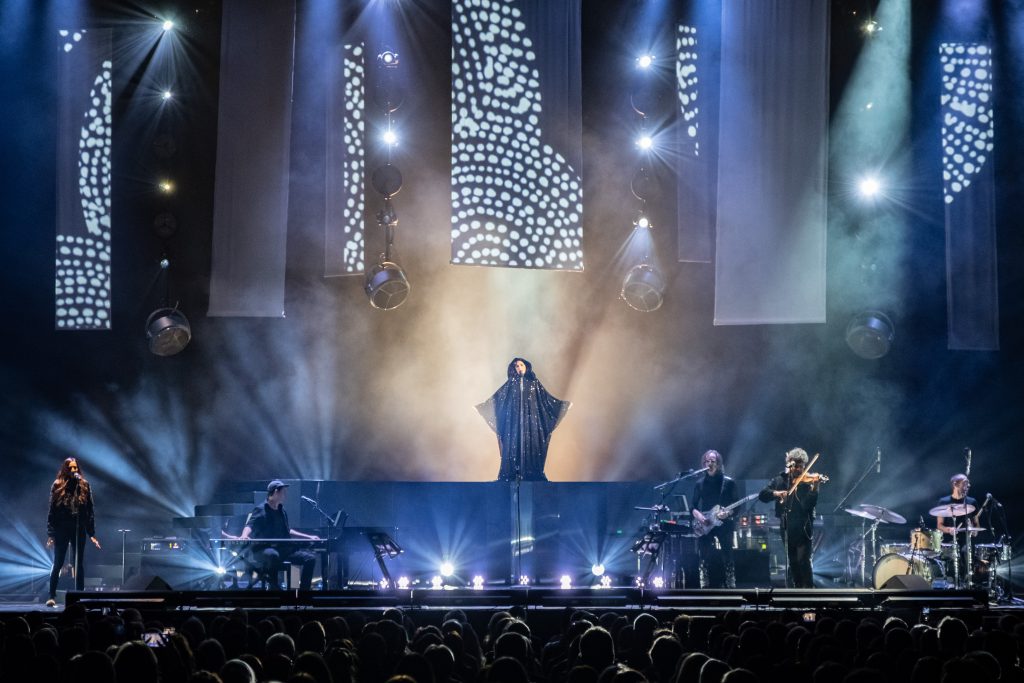